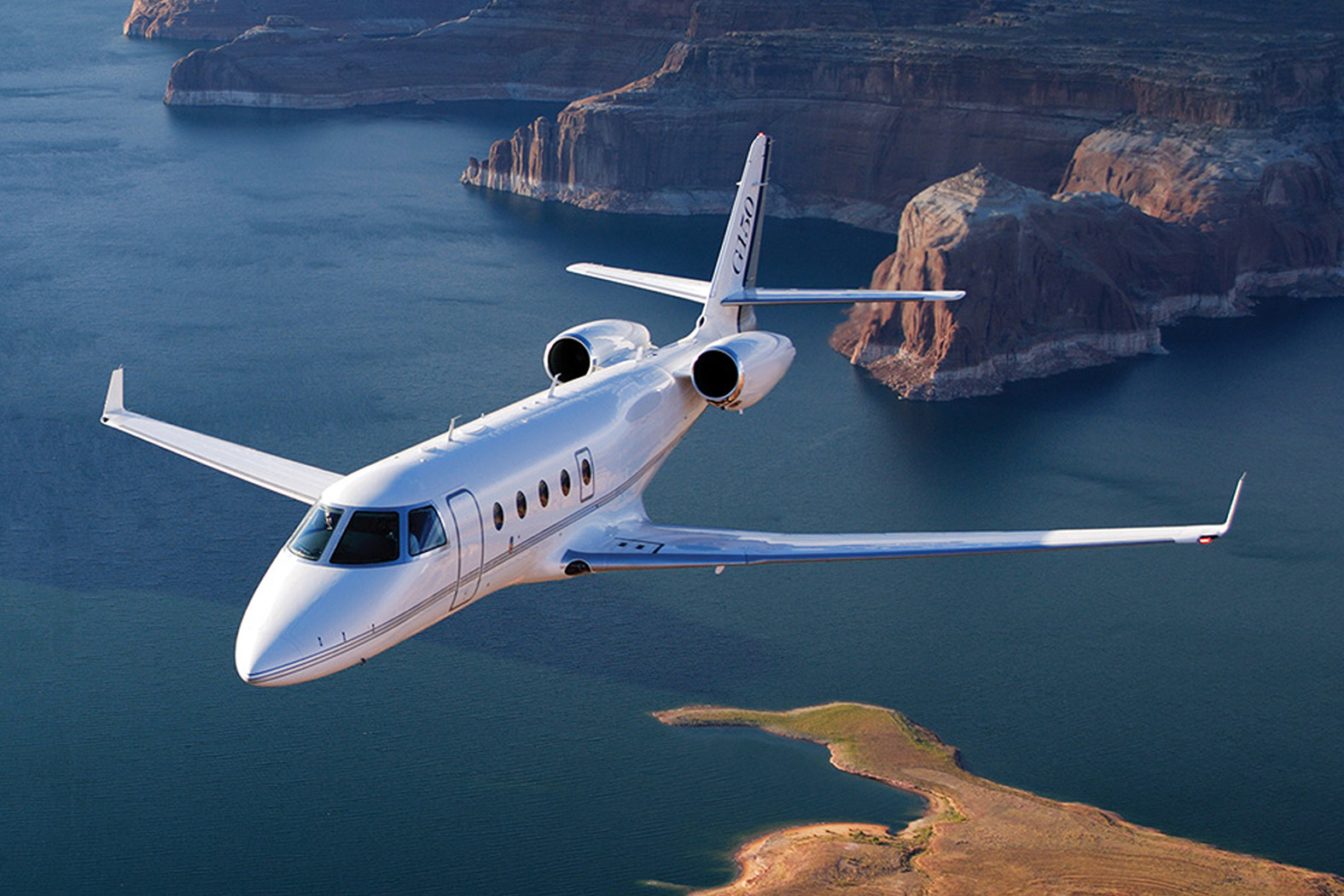 With its high-thrust, fuel-efficient engines, the Israeli-American Gulfstream G150 is one of the world’s fastest mid-size business aircraft. It also boasts good range, with the capacity to fly nonstop between most U.S. cities, and carries 7-9 passengers. Relative to its predecessor, the G100, the G150 is larger, sleeker and includes wider G200-style windows, providing a brighter cabin. The G150 is also notable for its ample storage space; 105 cubic feet (2.97 m3) in total.

US-based jet manufacturer Gulfstream Aerospace, owned by General Dynamics, created the G150 in 2005 through partnership with Israel Aircraft Industries (IAI). Gulfstream acquired the production line of IAI’s Astra series in 2001 and rebranded, turning the Astra SPX into the Gulfstream G100. While the Gulfstream 100 had better speed and range than any of its mid-size competitors, the interior was smaller and less comfortable. Gulfstream’s priority for its update, the G150, was rectifying this problem and the cabin was enlarged from 304 to 521 cubic feet (8.6 to 14.7 m3).

Gulfstream manufactured the G150 from 2005 to 2016, with the final aircraft delivered in 2017. In the G150’s 11-year run, a total of 123 were manufactured, and of those 119 are still in operation. The jet is manufactured in three seating configurations: The Executive, with a front club section and two chairs in the aft cabin; the Universal, with a chair on the right, a divan on the left, and a four-seat club section to the rear; and the Hallmark – essentially a Universal with two chairs on the right.

In 2001, Gulfstream parent company General Dynamics bought Galaxy Aerospace from Israeli Aircraft Industries (IAI), and transferred the rights of Astra and Galaxy aircraft to Gulfstream Aerospace. Instead of moving production to the USA, Gulfstream continued to operate Galaxy’s factory in Tel Aviv, Israel, but flew aircraft to their own facility in Georgia for completion. The Israeli aircraft were also rebranded, with the IAI Astra becoming the G100, manufactured until 2006 when the G100 evolved into the larger, sleeker G150.

Retaining the essential form of the G100, the Gulfstream G150 had a longer, wider cabin. Avionics were also upgraded, and the G150’s engine was a Honeywell TFE731. Overall, Gulfstream sold close to 120 G150s, but if you include the Astra / G100 in that figure, it is closer to 325.

In the last few years, Gulfstream have produced just a handful of G150s each year, focussing instead on the super-midsize and large cabin aircraft market. Potential G150 customers are now more likely to buy the twin-engine business jet, the 21 ft 4 in (6.5 m) G280, which carries up to 10 passengers. The final G150 was ordered in 2016, and delivered in 2017.

Fuelled by America’s post-war economic boom, the company quickly grew. In 1962, the Gulfstream GII became the first business jet to cross the Atlantic, in 1966 Gulfstream separated from the Grumman brand and moved to independent premises in Savannah, Georgia, and in 1973 NASA began training space shuttle crews in two modified Gulfstream GIIs.

If you would like to charter this aircraft please visit our private jet charter page. 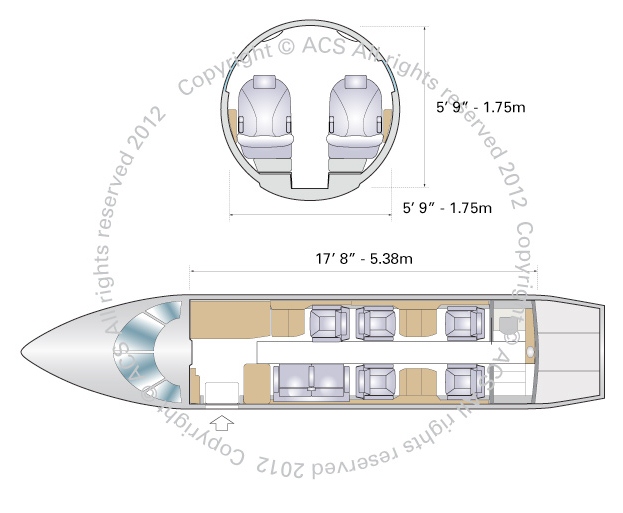