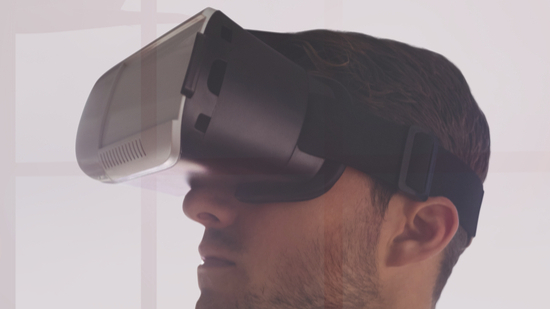 Flight simulators have been used to train pilots for more than 80 years. In that time, there have been many breakthroughs in aviation technology. Now virtual reality (VR) is about to usher in a whole new era of professional pilot training, with far-reaching consequences for the aviation industry.

Are VR flight simulators the future of pilot training?

Flight simulators have been used to train pilots for more than 80 years. In that time, there have been many breakthroughs in aviation technology. Now virtual reality (VR) is about to usher in a whole new era of professional pilot training, with far-reaching consequences for the aviation industry.

All pilots, from Air Force to commercial to private jet pilots, have been trained in flight simulators for close to a century. But virtual reality is about to change the way students are taught to fly, in what is set to be more than a just breakthrough for technology. VR pilot instruction systems have the potential to make professional flight training more affordable while decreasing Air Force budgets. They can even be used to train mechanics. Here’s a look at what VR flight simulators hold for the future of aviation.

Typically, a flight simulator is created by chopping off the front (cockpit) of an airplane, which is then mounted on a hexapod platform that allows the part of the airplane on top to move six degrees. Video displays are then installed, allowing pilots to look out over a landscape or runway.

Flight simulators allow pilots-in-training to interact with a real airplane cockpit. They save fuel as well as wear-and-tear on aircraft and engines, and can replicate hazardous conditions and system failures without putting any real-life passengers at risk.

A full flight simulator (FFS) is a more technologically advanced simulator, which uses advanced technology in areas of motion, visuals, communication and air traffic. For instance, an FFS can simulate the friction of the air along the fuselage and expose pilots to spatial orientation exercises. This gives more than a 180 degree view in satellite quality of all important objects at a particular airport. Pilots can then precisely work out their approach procedures for the airport in the simulator.

In the past, there were four levels of FFS graded A through D, with D being the highest standard. In recent years, these levels have been changed to seven international levels and Level D is now Type 7. The Level D/Type 7 standard is used for both initial training (conversion to a new type of aircraft), and recurrent training for commercial air transport (all commercial pilots must train regularly, usually every six months, to retain their qualification to fly passengers in CAT aircraft).

If it ain’t broke, why fix it?

Flight simulators are huge, weigh tons and cost a lot. For example, a Type 7 full flight simulator sells for upwards of $12 million, excluding the cost of operating the simulator. It gets even more expensive with the launch of a newer model of airplane, which requires that the old one must be dumped. The result is that pilot training is extremely expensive and beyond the reach of many aspiring pilots.

Is VR pilot training still a speck on the horizon?

Currently, the aviation industry is divided about the effectiveness of training pilots using virtual reality. Some argue that nothing on the market can replace the tried-and-tested flight simulator, believing it’s vital for pilots to train in a real cockpit where they can reach for their oxygen mask even if the cockpit begins to fill with smoke and feel the the subtle vibrations of the plane through a real cockpit seat. As things stand right now, there’s no evidence that virtual reality is a better alternative to physical simulators, but this is set to change. There are good reasons why VR is already being used as an alternative to video tutorials by the Air Force and private flight schools.

The future of VR pilot training

In the last decade, virtual reality has gone from the stuff of fantasy to a mainstay of the video gaming industry. More than 230 companies were developing VR-related products by 2016, including big-name brands like Google, Apple, Amazon, Microsoft, Sony and Samsung. By 2018, Facebook had showcased Half Dome, a prototype with a varifocal display. This allowed for an infinite number of focusing distances for near, intermediate and far vision, with a 140-degree field of view without forfeiting the current form or weight of VR consumer devices.

Current VR technology uses headsets or multi-projected environments that simulate a user’s physical presence in a virtual environment. But the device that’s advancing VR pilot training most significantly is known as a haptic system (also called “force feedback” in video gaming and military training applications), which has the ability to transmit vibrations and other sensations to the user. Advancements in the virtual world have seen the Air Force using the technology as part of their training systems, and it’s had particularly positive results with sufferers of Post-Traumatic Stress Disorder (PTSD).

The technology is also being used as an alternative to video tutorials at private flight schools. Recently, the chief pilot instructor of an Australian aviation company worked with a production studio to create a virtual experience that teaches student pilots the basics of flying using a smartphone and mobile VR headset. A VR pilot certification course is already being offered, with others due to be added if the first course is successful.

At present, headsets are either mobile or tethered. Mobile headsets allow a user to attach a cellphone, turning their smartphone into a VR device and meaning no wires are required. The Samsung Gear VR and Google Daydream View are inexpensive mobile headsets. Tethered headsets offer six degrees of freedom (6DOF) to accurately track a user’s position for a more immersive virtual reality experience. Due to the limited processing power of smartphones compared to desktop or laptop computers, tethered VR headsets typically provide a much more immersive and realistic cockpit experience.

There are several pieces of equipment a user needs to get started:

Although not yet available to the common user, some of the latest work being done with haptic (force feedback) technology involves mechanical actuators – devices placed in contact with different areas of the body, most often the hands and fingertips, which allow the user to experience sensations in virtual reality. This has an exciting benefit when adapted for flight training: they give VR trained pilots realistic touch-based confirmation of every switch and dial they use while in flight.

The popularity of this software is due mainly to its realism. The latest upgrade features a new high-definition user interface and the quality and realistic detail from “the gear trucks to the rivets” are a close simulation of those on the real aircraft.

Considered one of the best flight simulators available on PC, this software delivers on realism. Far more than a video game, the real challenge is learning how to fly the virtual aircraft from a highly-detailed cockpit and instrument panel.

One thing’s for sure: the use of VR in aviation can no longer be ignored, whether a pilot or flight instructor feels more at home in an old-school sawn-off cockpit or strapped to the latest Type 7 full flight simulator. The number of VR headsets in use at every major aviation and aerospace trade show are proof of this, along with the military case study for the affordability, effectiveness and ease-of-use of VR training systems.

VR flight simulations might not be able to take the place of actual experience in the air, but they can open up the possibilities of a career in aviation for a whole new generation for whom high-end simulators are too costly to train in.

Although VR technology still has a long way to go, it is developing in leaps and bounds. For now, the pilots of tomorrow can put on their VR headsets and get to grips with a Cessna 172, fly the Airbus A320 and master a Boeing 747. After all, every pilot will tell you they dreamed long before they flew.

If you’re more excited to charter a private jet than get behind the controls yourself, we’ve got you covered. Call our team on +1 516 432 5901 or get in touch online for a personalized private jet charter quote.