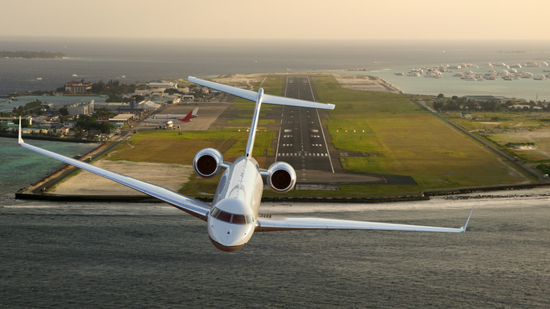 Major airport expansions are underway around the world. Browse our list of the most important developments so you know what to expect in the future.

Airports Around Me: Global Airport Expansion

Major airport expansions are underway around the world. Browse our list of the most important developments so you know what to expect in the future.

We’ve assembled a list of the most important airport expansions so you know what to expect. And if you’d like to fly your private jet charter to see for yourself, we’ll let you know the moment they open for business.

A major expansion of London’s Heathrow Airport has been in the pipeline for over a decade, but plans are finally taking shape. Heathrow, which started as a small airfield in 1929, is now the world’s second busiest airport behind Dubai International Airport. More than 67 million private jet and commercial passengers travel through the airport each year en route to over 90 countries.

In February 2017, the UK government released a National Policy Statement (NPS) outlining the plans to build a third runway. The runway would create the capacity for an additional 260,000 take-offs and landings annually, opening up new international routes as well as six additional regional hubs. While the government has yet to give the final go-ahead on the project, the wheels are in motion. If Parliament approve the NPS at the end of 2017, the plan will go through revision phases before the final application is submitted in 2019. The project is estimated to cost £17.6 billion and could be operational as early as 2026.

An ambitious project to build the biggest airport in the Americas is currently underway in Mexico City. The new airport – referred to locally by its Spanish acronym, NAICM – will replace Benito Juárez International Airport. Benito Juárez, which opened in 1952, is currently Latin America's busiest airport by measure of passenger traffic and aircraft movements with only two runways. The airport has reached its capacity, limiting Mexico City’s aspirations of becoming a major global transit hub.

NAICM will span an area at least three times larger than the current airport and will feature three to six runways. Designed by British architect Norman Foster, the futuristic new airport will be located about 10 miles from Benito Juárez International Airport and will be built with environmental sustainability firmly in mind. The new hub is expected to have the capacity to serve 68 million passengers annually when doors open in 2020.

Construction has already begun on a third international airport in Istanbul, Turkey. Tentatively named Istanbul New Airport, the ultra-modern facility will replace Istanbul Atatzürk Airport, the site of a tragic terror attack in June 2016. Atatzürk, which opened in 1924, is currently the third largest airport in Europe behind Charles de Gaulle in Paris and Heathrow Airport in London.

The site of the $11.3 billion facility is on the European side of Istanbul, 22 miles outside of the city. The airport will feature heightened security, airy, high-tech terminals, massive concourses with vaulted ceilings and ample natural light. Luxurious lounges, particularly for flag carrier Turkish Airlines, could help make Istanbul New Airport a favorite connection for travelers. The airport is set to accommodate 90 million travelers by the end of 2017 and 150 million by the 2018 completion date.

Originally opened in 2010, Al Maktoum International Airport is at the center of Dubai World Central, a 54 square mile purpose-built city that will feature commercial, residential and cargo facilities. The $32 billion project is estimated to take six to eight years and will be completed in two phases. Once the project is complete, the airport will be able to accommodate up to 100 Airbus A380s simultaneously and will have the capacity for more than 160 million passengers annually.

Mumbai’s award-winningChhatrapati Shivaji International Airport currently serves roughly 30 million passengers annually. A second international airport, Navi Mumbai International Airport (NMIA), is currently being developed in the north of the city to accommodate the expected population growth in the Mumbai Metropolitan Region. The combination of the two airports will make for the first urban multi-airport system in India.

The two-runway airport is expected to accommodate 10 million passengers in its first operational year, followed by 25 million in 2020 and ultimately 60 million by 2030. Construction is on track to begin in 2017.

China, one of the fastest growing economies in the world, is also home to some of the world’s worst flight delays and missed connections. Luckily, something is being done to fix it. Less than a decade after Beijing spent $3.5 billion to build Beijing Capital International Airport, work is underway on a massive second airport, planned to be far bigger than the first.

Beijing Daxing International Airport will feature a six-prong, star-shaped layout that will shorten walk times for passengers. The first terminal of the $11.3 billion project set to open in 2019. Representatives say that the first phase of the new airport could serve 45 million passengers annually on four runways. Later phases could allow for a capacity of as many as 100 million passengers by 2040.